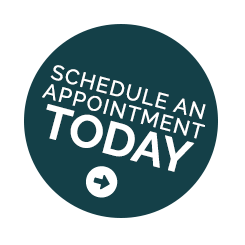 Relieve The Pain And Inflammation
Of Chronic Lower Back Pain

Erchonia’s new FDA market cleared laser has been proven in clinical tests to effectively treat this painful condition. The healing powers this low level laser technology stimulates can reduce inflammation and eliminate pain in the lower back and often return people to an active life style after just a few weeks of treatment.

The FX 635 is proven to promote cellular function through painless bio-stimulation. It provides patients experiencing chronic lower back pain with a non-invasive, efficacious solution to quickly improve their quality of life without surgery.

Most of you have heard of lasers being used in other ways as this. The word lasers brings up thoughts of cutting or burning, lasik surgery to improve vision or even using lasers to prevent hair growth or remove tattoos. But the Erchnoia FX 635 is very low power and doesn’t burn at all. Even though you don’t feel the lasers, they’re restoring energy production to cells so they can perform their normal functions. Tight muscles loosen, healing increases and best of all, pain decreases, oftentimes as you’re laying on the table.

WHAT ABOUT OPIOIDS OR NSAIDS FOR PAIN RELIEF?

Opioids are not the answer to treating lower back pain. Highly addictive and only have a minimal effectiveness of 30% pain reduction anyway. NSAIDS like aspirin, ibuprofen and Tylenol hardly touch the pain plus have lot’s of side effects.

Low Level Laser Therapy is a more effective option for treating chronic lower back pain of musculoskeletal origin that has been proven successful with no side effects or adverse events. Plus the results last unlike medications.

The Lower Back with the person face down

I know this seems obvious, but if the lower back is tight or has marble like knots in it that are causing the pain, then I must treat this area.

The marble’s that people feel in their lower back get smaller and smaller as the laser shines on them and eventually disappear. These marble like knots can literally feel like a bag of marbles or be the size of bb’s, but they can cause a lot of pain either way.

The Hip Flexors with the person face up

This one is not obvious, but the primary hip flexor called the Psoas Muscle is a low back muscle that you access from the front. It connects to the front of all five lumbar vertebra.

To not treat this area is insane and can lead to failure. Treating the hip flexors alone usually gives 70% of low back pain sufferers tremendous relief within 30 minutes. The other 30% get relief when you laser the back directl

The solution is to treat both areas and focus on the area that gives the most relief. This can usually be figured out during your first visit because I do both areas to see which gives the best result.

Play the short video to see what it looks like. As for what it feels like, there’s nothing to tell. You don’t feel anything…no different than shining a flashlight on someone. HOWEVER, something amazing happens. The laser light penetrates into your muscles and re-invigorates your mitochondria to produce more cellular energy called ATP. The more energy you make in your muscles the more they relax. The less energy you make in your muscles the tighter they are, similar to rigor mortis, the stiffening of muscles several hours after death.

Often people feel their muscles relaxing as they just lay there. No effort, no stretching, no strengthening, no rolling the muscles, no massage. It’s absolutely amazing, plus the results last. In fact, people often say more changes happen afterwards. This is because the muscles are now making more energy allowing the cells to detoxify, make new blood vessels and repair poor or damaged tissue. So Cool…

DON'T FORGET ABOUT THE HIP FLEXORS:

As amazing as the result are from the study that got the FDA Clearance for Chronic Lower Back Pain, they missed a very key group of muscles involved in lower back pain. The hip flexors made up of the Psoas Major and Iliacus muscles which are better accessed from the front of the body. Now applying the lasers directly to the back is amazing, but the hip flexors are really important to treat.

The video to the right shows how your Psoas Major connects from all five lower back vertebra (L1-L5)  to the front/inside of your hip. You have two Psoas Major muscles. One on the left and one on the right. When it’s tight it pulls forward on all your lumbar vertebra especially when your legs are extended. It’s complicated to explain and the video makes it obvious.

Don’t bother stretching your hip flexors either. It won’t help because those muscles are tight due to a lack of energy production at the cellular level. It would be like trying to stretch the muscles of a dead person in full rigor mortis. It’s absolutely silly.

Shine the lasers on the hip flexors from the front and they start loosening usually within minutes. Patients often feel their low back relaxing down to the table as they lay on their back. It’s really fun and makes believers out of people rather quickly.

This new therapy isn’t new. It’s been used for decades in Russia with great results. Only in America if you mention lasers do people not know what you’re talking about. In Russia, lasers are a standard of care. Here in America, drugs are the standard of care. It’s just what we do here. Lasers need to be a standard of care, used in many different conditions. Even if you’re really healthy, lasers increase health even more.